You are not connected. Please login or register

An Addition to The Rules 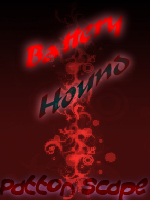 An Addition to The Rules

Well, I've looked over the list of rules and have realized that it is missing one that is rather important, and can mean getting banned if you're not aware of it.

There are probably a few minor rules that players should have enough common sense to follow without being listed, but I'm simply posting a suggestion to add one rule onto there.

As most are now aware, hoping that they actually read the rules before beginning to play here on Pattonscape, typing ' ::noclip ' will get you an instant, auto-ban.

Even if placed in that same rule, I would suggest advising against typing ' ::Getitem ' [Is that the right command?] because from what I have seen, typing that can also get someone banned.

Thanks for your time!